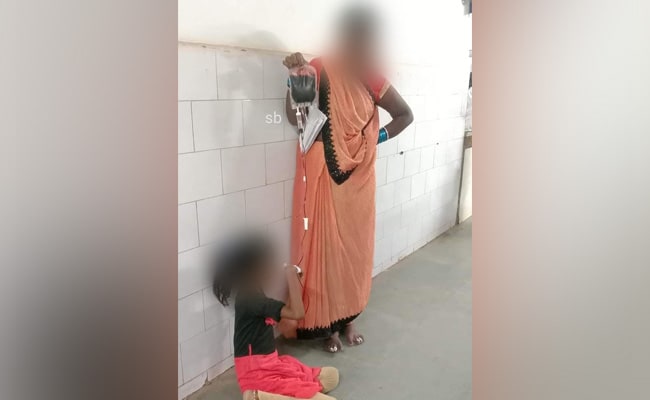 The 15-year-old boy was made to sit on the floor for a blood transfusion.

A woman stands with a bag of blood in her hand, the cord of which is attached to the arm of her daughter, who is seen sitting on the ground, in a scene of absolute medical indifference from Madhya Pradesh. The 15-year-old boy had to sit on the floor for a blood transfusion because the hospital in Satna district had no empty beds.

Santoshi Kewat, along with her mother, visited Maihar Civil Hospital when her hemoglobin level was low. But, they were shocked after being informed by the hospital staff that there were no more beds available, who then made the girl sit on the ground to do the process,

Authorities took note of the incident and took action against those responsible after a photo depicting medical malpractice went viral.

Collector Anurag Verma instructed the medical and medical director Dr Ashok Awadhiya to go to the scene and investigate. Following the investigation, instructions were put in place to stop one monk, Dr. Pradeep Nigam, in charge of Maihar Hospital, and two levels of staff nurse Anju Singh with immediate effect.