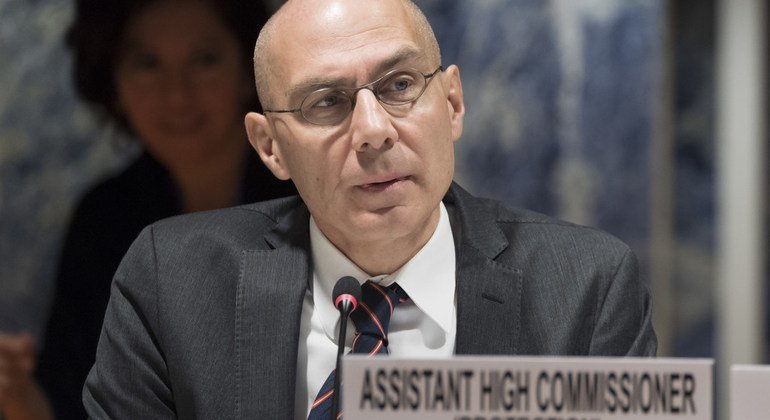 “Mr. Türk has dedicated his long and distinguished career to the promotion of universal human rights, especially the international protection of some of the world’s most vulnerable people – refugees. and stateless persons, “head of the United Nations” said in a statement.

The new High Commissioner is currently coordinating global policy work as Undersecretary-General in the Executive Office of the United Nations.

He also ensured coordination throughout the United Nations system in following the Secretary-General’s “Call to Action for Human Rights” and his report,Our Common Agendaset out a vision to address the world’s interconnectedness challenges based on trust, solidarity and human rights.

From 2019 to 2021, Mr. Türk holds the position of Assistant Secretary-General for Strategic Coordination at the Chief of the Executive Office of the United Nations.

Prior to that, he was Assistant to the United Nations High Commissioner for Refugee Protection, UNHCRin Geneva – from 2015 to 2019 – where he played a key role in developing the landmark Global Compact for Refugees.

Over the course of his career, the newly appointed human rights director has held a number of key positions, including at UNHCR headquarters, where he served from 2009 to 2015 as Director of the Security Department. International Defense; from 2008 to 2009 was the Director of Organizational Development and Management; and from 2000 to 2004 as Head of Department, Protection Policy and Legal Advice.

Mr. Türk has also served UNHCR around the world, including as Representative in Malaysia; Assistant Heads of Delegations to Kosovo and Bosnia and Herzegovina, respectively; and the Regional Protection Coordinator in the Democratic Republic of the Congo; and in Kuwait.

He holds a PhD in international law from the University of Vienna and a Master of Laws from Linz University, Austria.

Furthermore, the new UN Head of Human Rights has published extensively on international refugee law and international human rights law and is fluent in English, French and German with a working knowledge of Spanish. .

Mr Türk will succeed Chilean Michelle Bachelet, who served as High Commissioner from September 1, 2018 to August 31, 2022.

In his statement, the Secretary-General expressed gratitude for Ms. Bachelet’s “commitment and dedicated service to the United Nations”.

During her tenure, including COVID-19 During the pandemic, she focused on strengthening social protections, adapting to virtual work, and expanding human rights monitoring.

From rising poverty to rising inequality and lack of access to health care, vaccines and treatment to discrimination and violence against women, Ms. had to quickly come up with solutions to these and other important challenges. OMG, I Want to Rent That House: Hocking Hills, OH