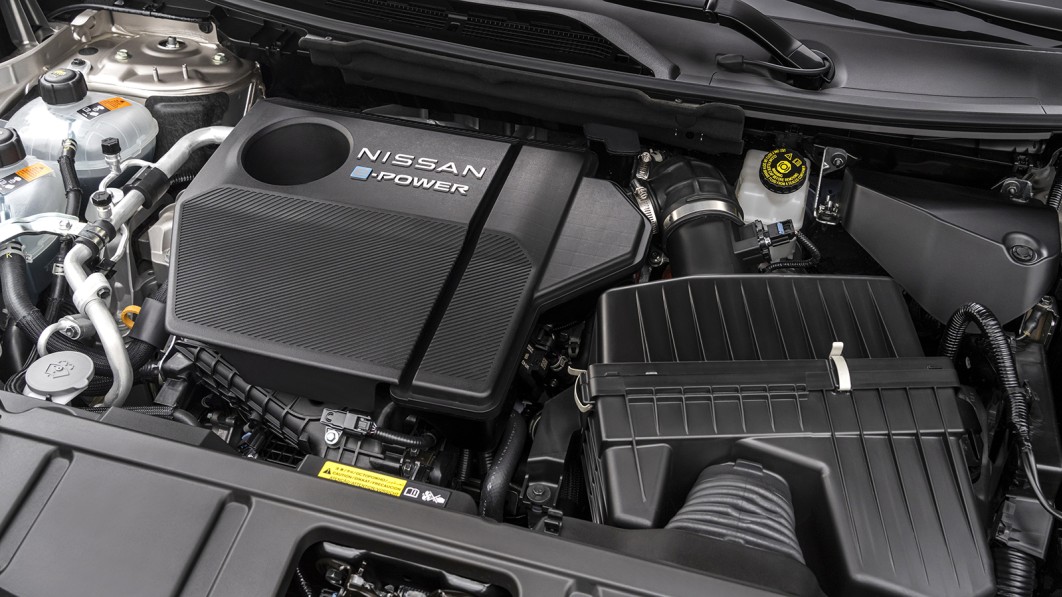 European version of Nissan Rogue, X-Trail, is finally out. It’s almost identical to the SUV we got, with two exceptions: A third row of seats is provided and there is mixture powertrain system. The latter is what caught our attention especially, because we have a single (and admittedly good) engine choice in the US, a turbo three-cylinder engine. It’s a very good engine, but with the rapid growth of hybrid offerings in the compact SUV segment, we think Nissan should plan to bring these hybrid options to the US.

The ones we are interested in are “e-POWER” hybrids. This is simply a series hybrid powertrain in which the internal combustion engine generates electricity and the electric motor propels the vehicle. Base options are front-wheel drive with a 201-hp front-end motor and a version of the turbo three-cylinder variable compression found on the American Rogue. Optionally available is an all-wheel drive version, called the e-4ORCE, which adds a 126hp engine to the rear, though the combined output is 211hp. That dual-motor setup allows for all-wheel drive without the need for any sort of transmission box or rear drive shaft, and it also allows for quick and widely adjustable power distribution. Adjust from front to back. There’s a mild-hybrid-assisted powertrain based on the stripped-down version of the three-cylinder turbo, but less powerful and possibly not much more efficient than the powertrain available in the US, We don’t see much reason for Nissan to offer it.

The main reason we think Nissan should plan to bring these powertrains to the US is simply that it needs to keep up with the competition. Toyota, Honda’s motobike, Ford, Hyundai and That all are offering hybrid vehicles in the US and many are even offering Dip into the mixture versions. Not having such an option would be a real hindrance. These e-POWER powertrains also seem pretty competitive with good electrical output and proven motors. And given that the X-Trail and Rogue are virtually identical and use US emissions certified engines, it seems like adding that would be a smart move. Rogue’s US market twins, Mitsubishi OutlanderTo be A plug-in hybrid powertrain is also expected, which we imagine is closely related to the X-Trail’s system, so it seems like a no-brainer, especially if it’s coming out in the next five models. So while Nissan hasn’t said anything yet, it would be crazy if they didn’t offer the Rogue hybrid here.