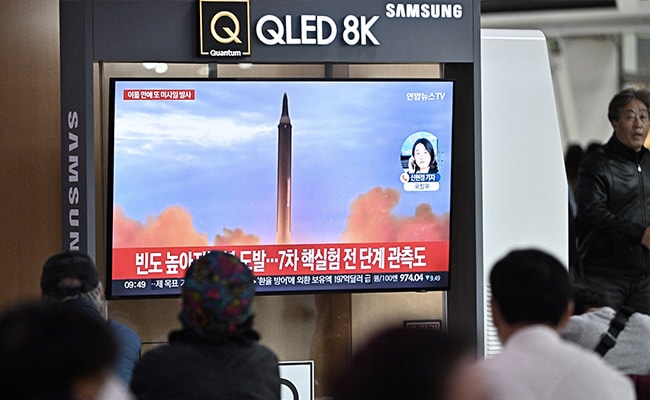 At a key party congress in January 2021, Kim outlined a five-year defense development plan that calls for the development of smaller and lighter nuclear weapons for “more tactical use.” “.

Seoul, Tokyo and Washington have stepped up combined naval drills in recent weeks, angering Pyongyang by viewing them as rehearsals for invasion and justifying the flashy missile launch as necessary “countermeasures”.

KCNA said the recent series of tests were a response to the joint exercises of those countries, adding that the drills were “simulating an actual war”.

The North Korean military units engaged in “tactical nuclear weapons operations held military drills from September 25 to October 9 to test and evaluate their war deterrence capabilities.” war and the country’s nuclear counterattack, this is a stern warning to the enemy.” a report on the official KCNA said.

“Kim Jong Un, General Secretary of the Workers’ Party of Korea and Chairman of the Central Military Commission, guided the drills on the spot,” it added.

As talks have long stalled, Pyongyang has doubled down on its banned weapons programs, firing a medium-range ballistic missile at Japan last week, with officials and analysts warned that they had completed preparations for another nuclear test.

Why is the AMG C63 Hybrid so great