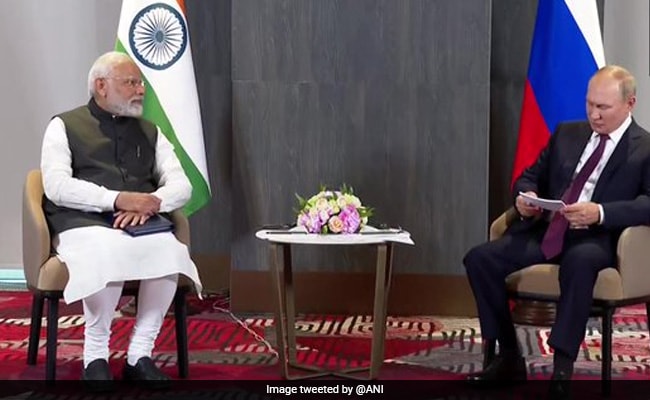 Prime Minister Modi told Putin in Samarkand as the two leaders began their first face-to-face meeting since Moscow’s forces invaded Ukraine: “Sir, I know today is not the time for war. painting”.

Mr. Putin told the Indian Prime Minister that he wanted to end the conflict in Ukraine, starting in February, as soon as possible and understood that India had concerns about the fighting.

“I know your stance on the conflict in Ukraine, your concerns…. We will do our best to end this as soon as possible,” Putin told Modi.

Reportedly, the two leaders discussed bilateral, regional and global issues on the sidelines of the Shanghai Cooperation Organization (SCO) summit.

India has yet to criticize Russia for its aggression in Ukraine. New Delhi has been pushing to resolve the crisis through dialogue. Ukraine war: Facebook and Instagram posts calling for Vladimir Putin’s death ‘will be allowed’ in some countries | Science & Tech News India lifted the Thomas Cup for the first time in a historic win over Indonesia. Twitter is very excited