This news comes from a Studio Spotlight blog post by Sony Interactive Entertainment, in which the company interviewed two London Studio heads: co-heads of studio Stuart Whyte and Tara Saunders. The pair discuss their careers and work at London Studio, as well as what the team is working on. When asked about the studio’s next game, Saunders shared some new details on what to expect and teaser images that you can check out below. 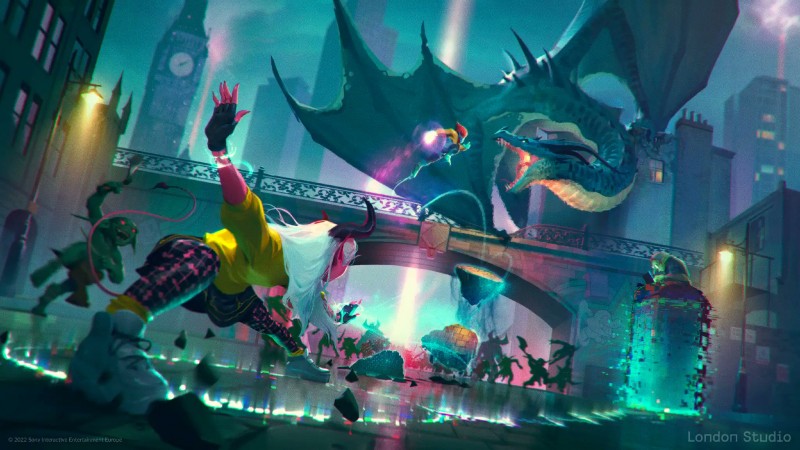 “Our next project is an online co-op fighting game that, as you can see here, is set in a modern fantasy London,” Saunders said. “The point of this is that it’s a PlayStation 5 title – it’s not a VR game like our last title. And it’s our most ambitious project to date. There are several. The important aspect is conveyed in this image. It’s a modern fantasy London, it’s cooperative action. And what we really love about this project is that it gives us the opportunity to showcase it. a lot of magic and magic. So we’re really excited.”

Saunders continued, explaining that the team came up with a lot of ideas for this game that wasn’t set in London, “but for us there was a connection that kept us coming back to it.” That connection is that other projects close to the heart of the studio, such as Blood & Truth and The Getaway “both have their homes and hearts in London.” She says London is an eclectic, vibrant and inclusive city, and the studio values ​​inclusion very much. Whyte points out that the two can also be biased, given the studio’s name and the fact that it is headquartered in London’s Soho area.

The rest of the interview is pretty engaging, especially from a video game design standpoint, so if you’re interested, Be sure to check it out. For more, read Game informantBlood & Truth Review.

Are you excited for London Studio’s next game? Let us know in the comments below!