Don’t get too excited – this first look is not a trailer. But it’s a new look that presents our first look at the famous Mushroom Kingdom plumber in this movie, made by Minions studio Illumination Entertainment. This image accompanies the announcement of a Nintendo Direct happening this Thursday, October 6, all about the movie. Nintendo specifically pointed out that there will be no video game news, so don’t expect anything more Super Mario Bros.

Here’s a closer look at it, too, thanks to the film’s first poster: 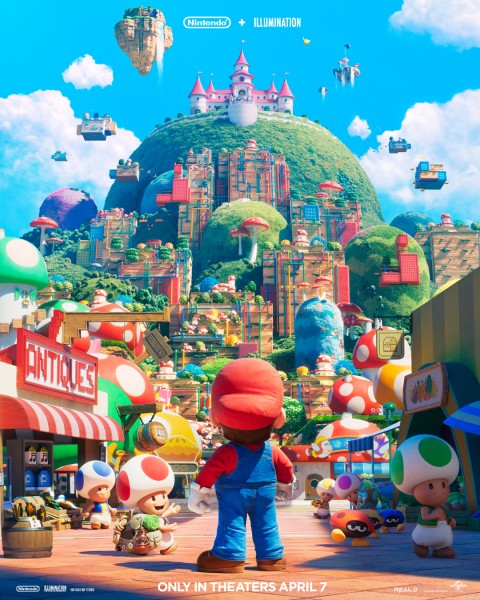 As you can see, this image reveals quite a bit. There’s Toad, an antiques stall selling relics of Mario’s past video games, lots of pipes and platforms, and of course, Princess Peach’s castle aloft above the rest of the arcades. Kingdom. There’s probably a lot more to gather from the image so let’s have it.

This image is our first look at the movie, but during Thursday’s Live, which begins at 1:05 p.m. Pacific / 4:05 p.m. Eastern, Nintendo will officially showcase the film. with the world’s first trailer, so be sure to tune in.

While waiting for this Thursday live, read about how Nintendo is said to be pleased with the movie and glad that additional Nintendo movies may be on the way. Read about how Chris Pratt says his Mario voice is “unlike anything you’ve heard in the Mario world”. Then watch this story about how the film’s producer said Mario won’t have an Italian accent in the movie.

What do you think Chris Pratt’s Mario will be like? Let us know in the comments below!

As Ukrainian forces make big gains, what might be Putin's next move? Listen