Nintendo announced in September that Mario Kart 8 Deluxe’s ​​Booster Course DLC was coming this holiday season, and now the company has revealed that we’ll be getting eight tracks on December 7. check out the Wave 3 trailer in the tweet below:

As you can see, Wave 3 features some returning classics from previous Mario Kart releases as well as some from Mario Kart Tour, Nintendo’s mobile phone continuation of the series. Here’s what to expect in this new wave next month:

When Wave 3 launches on December 7, Mario Kart 8 Deluxe will have 24 additional tracks, and another 24 will be released. Each batch includes eight tracks, and Nintendo will release six batches of DLC in total, with the final batch releasing the game before the end of 2023.

The original story continues below…

We’re rapidly approaching the midpoint of Card content through Mario Kart 8 Deluxe’s ​​enhanced course. With two of the six promised waves of new courses already out, Nintendo has begun to showcase what players can expect with the third batch, due out this holiday season. In today’s Nintendo Direct, we took the first two courses in the third wave of eight courses of new tracks.

Fittingly, the first course we learned about Batch 3 of the Intensive Course Ticket was Merry Mountain. This holiday-themed track makes its debut on the Mario Kart Tour in 2020 as part of the Winter Tour. Meanwhile, for those looking for something non-holiday themed, Nintendo is also bringing in Peach Gardens, a soundtrack that first appeared in Mario Kart DS in 2005. 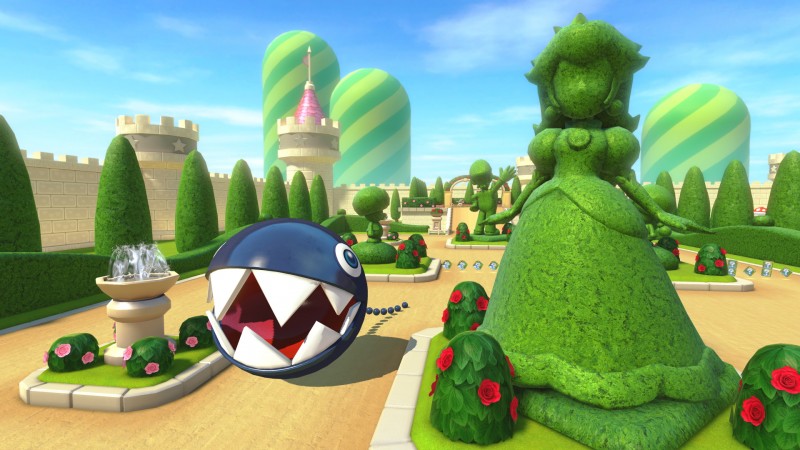