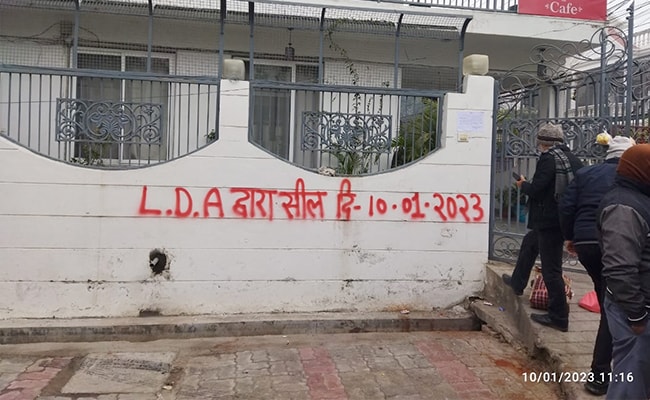 A hotel in Uttar Pradesh’s capital Lucknow was sealed off today after an Army Major’s car was set on fire for protesting late-night loud music at the hotel.

The Lucknow Development Authority said Hotel Milano and Cafe was operating illegally and a notice of the cause was sent to operators.

Five people have been arrested and police are searching for the main accused – the hotel manager.

The hotel is located near Major Abhijit Singh’s home in Gomtinagar. On Sunday night, he asked hotel staff to stop the music but they refused, leading to an argument, news agency PTI reported. .

The music was stopped after police intervention.

He went to bed after the music stopped. Around 3:30 a.m. Monday morning, he found his car on fire. When he was able to put out the flames, the car was completely burned, he told police. Ashok Gehlot cuts LPG cylinder prices under half in Rajasthan Trevor Noah leaving The Daily Show after 7 years as host