I love Final Fantasy VII, and I love Remake too. With the events of the final game and a catchy trailer for its second installment, Regeneration, I thought it might be the right time to remove my 2008 copy of Crisis Core. Square Enix read my mind by announcing a remake of Zack Fair’s PSP adventure, titled it with the subtitle “Reunion”, giving newcomers the answer to the “hair guy” question what the hell is that in Remake?” As for me, I think I have a good reason to return to the game. After playing a fun part of Reunion at the Tokyo Game Show, I feel fine.

My expectations are always reasonable. Reunion is a remake, not a remake to the scale of, well, Remake. That means feature wise, the best way to sum it up is “That PSP game? You can play it on console now and it looks better. “Square Enix made this clear from the start, so you can expect more of Reunion. 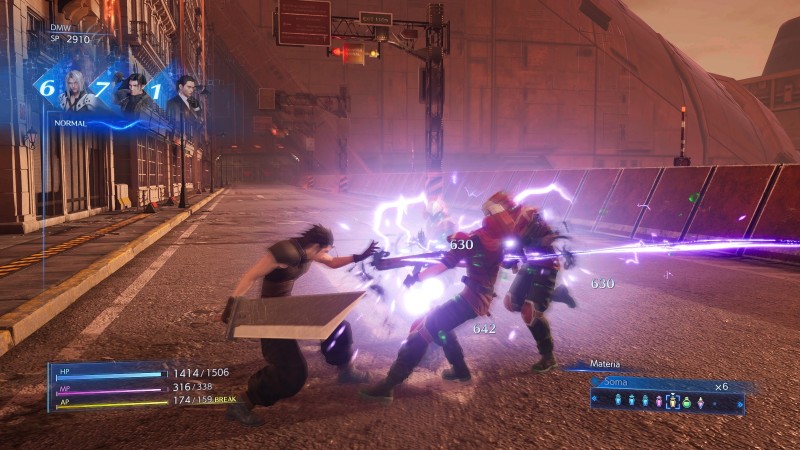 However, I think a part of me still wants to find some excuse or a new hook to reenact the adventure. That’s weird. I enjoyed Crisis Core, but much of that sentiment stems from its story. And that’s an element I can relieve thanks to the magic of YouTube. Games? I found it usable at best in 2008. It feels repetitive and a bit odd, thanks to the slot machine-style restriction break. The basic hack n slash battle can be unconsciously fun, but it’s mostly an acceptable exercise in crushing the square button until the next interesting plot point. That doesn’t change here.

As I took down the Wutai soldiers, those big goblins, and finally Ifrit, I felt the same old fatigue I had when playing the game again. The novelty of watching the Crisis Core glow fade, and I was engulfed with an overwhelming feeling of, “Oh that’s right. It’s really just this game again.” Do not misunderstand me; it’s great to play a version of Crisis Core with traditional camera controls while using a regular controller. It also looks better. Not gorgeous, but better. However, by the time I finished the demo, I could only find Reunion appealing to FFVII Remake fans looking to absorb more of this universe or Zack’s most avid followers. If you’re like me and you just “like” Crisis Core, but you don’t “like” it, Reunion likely won’t give your opinion on the experience, especially if you’re already quite a fan of the action.

I’m not disappointed at all by this revelation, if you can even call it that. And I don’t think Reunion needs to be anything more than what it’s always marketed for. Instead, I’m relieved to remove any sense of obligation to revisit this beloved prequel because I really wasn’t missing anything. The good stuff means the story is (probably) still good, and the less amazing stuff is… you get the idea. I’d love to hear what first-timers think of Zack coming in on December 13, but there’s not much to see for the rest of us.

3 dead dogs were killed by the owner, a deputy Ga. Thrown in the trash