On Thursday, Liverpool said the Premier League club was working with mental health to support fans who had trouble with crowds during the Champions League final in Paris. 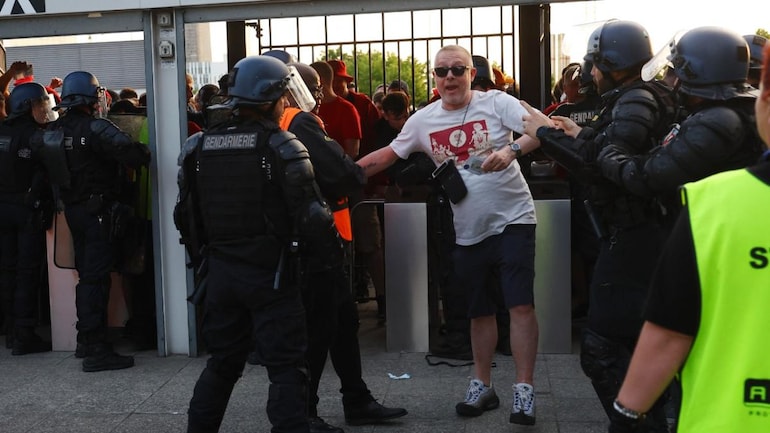 Liverpool on Thursday said it was working with mental health organizations to provide support to fans who need it following a series of ‘grievous’ events during the Champions League final against Real Madrid in Madrid. Paris on Saturday.

The Champions League final has been postponed for 36 minutes at the Stade de France after thousands of fans lined up to enter the iconic venue. UEFA said the delay was due to the late arrival of fans. However, a part of English football fans, including children. to be tear gas and tear gas even got tickets to the final. Pictures from Paris circulating on social media show a section of Liverpool fans being pushed away by security officials.

While Liverpool fans insisted they did not create a disruptive crowd in Paris on Saturday, French police blamed Premier League club fans for flooding the capital city without tickets. and create chaos. Britain and France have blamed each other even as British Prime Minister Boris Johnson called the incident in Paris “deeply offensive” and called for an investigation.

“The club has committed to providing financial support to organizations that are in high need and is encouraging fans to seek out support should they feel the need at this time,” Liverpool said in a statement. on Wednesday.

“The scenes witnessed in and around the Stade de France, before and after the game kicked off, on Saturday night will live long in memory for all the wrong reasons.

“Working with the LFC Foundation, who collaborate with professional mental health services on a daily basis, the club has put together a list of organizations that supporters can reach right now. “

UEFA, was slammed because of the chaos, authorized an independent investigation into the incident, while French sports minister Amelie Oudea-Castera said it would issue a report within 10 days. Mikey Garcia gives an analysis of the war