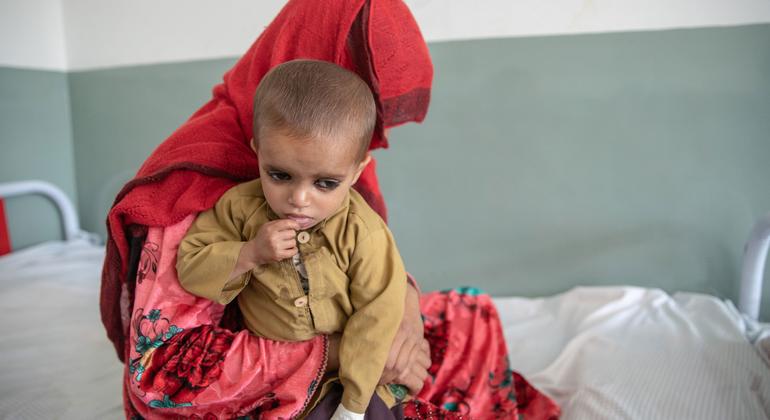 “The situation can best be described as a pure disaster”, said Dr Ramiz Alakbarov, UN Deputy Special Representative for Afghanistan and Resident and Humanitarian Coordinator in the country.

We fed more than 21 million people last year. And we won’t stop. We will not give up until no Afghans go to bed hungry, no children are denied access to education, all Afghans live free and equal lives. Commitment to the people is stronger than ever @WFP_Afghanistan @UNICEFAfg pic.twitter.com/cIO0zwIhui

He added from the capital, Kabul.

Dr Alakbarov provided an update on how the United Nations and its partners supported nearly 23 million Afghans in the past year following the Taliban takeover.

They have maintained “probably the largest and unprecedented humanitarian lifesaving delivery for the people of Afghanistan,” he said.

Currently, about 25 million Afghans are living in poverty, and “immediate and urgent attention” is needed to address rising food prices caused by the global food crisis and recession. economic decline of the country.

When asked what would happen if the grant did not materialize, Dr Alakbarov spoke of his recent visit to a hospital in Kabul, which was broadcast live on an international news TV program. . He saw malnourished children, which he described as “heartbreaking”.

Unfortunately, these children won’t survive the harsh winter, he said – a season that makes life extremely difficult, especially for those living in remote areas.

And while Afghans are known for their resilience and survivability, some have employed negative coping strategies.

With their efforts, humanitarians have helped prevent hunger, keep hospitals open and running, and ensure medical workers and teachers are paid. They also rushed to assist areas hit by floods or a deadly earthquake in June.

However, hundreds of thousands of girls were prevented from attending secondary school, while cholera outbreaks and other diseases increased, including those affecting livestock.

“In the future, humanitarian needs will continue to be great, but Humanitarian assistance alone is not enoughDr. Alakbarov emphasized the need to address climate change, poverty and underdevelopment, especially in the agricultural sector.

“Without a functional market, without (a) active banking sector, without investment in entry-level jobs, we would not be able to reverse the trend we are observing today. in Afghanistan. We will not be able to take people from survival to a prosperous regime.” How to Connect Google Nest Cam to Alexa