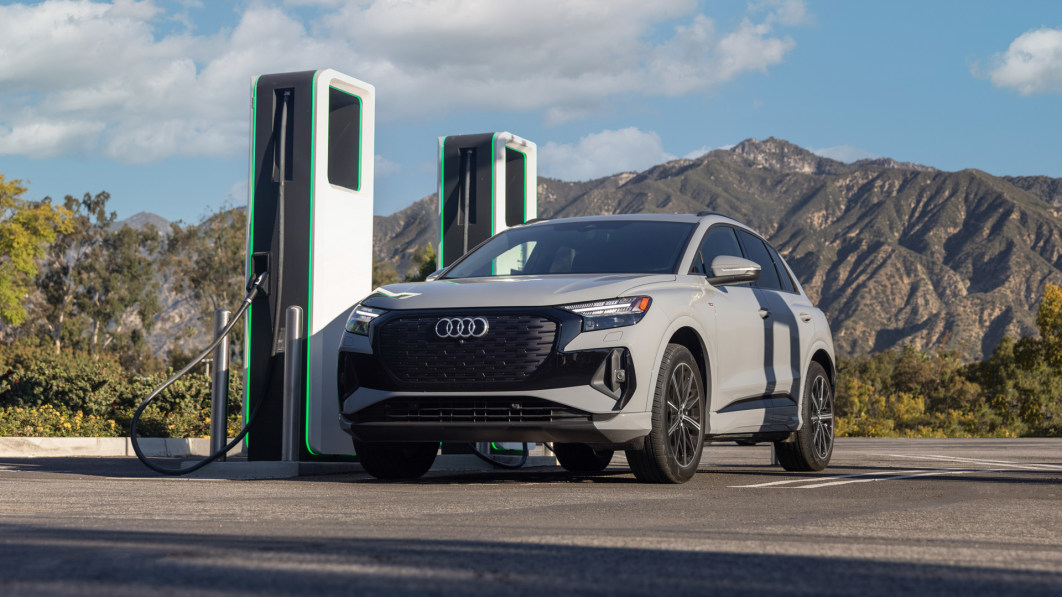 California recently asked homeowners to reduce their electricity consumption to avoid blackouts caused by rising temperatures and a struggling electrical system to keep up. The plea has worked, with consumers temporarily returning to a need to keep the lights on statewide. But these types of calls are almost a nightmare for system operators, and this particular brush with this impending disaster has a new element that attracts a lot of attention: incoming calls. tram owners to avoid charging during peak demand hours.

Invariably, this has been noticed by critics as proof that California’s just-announced plan to phase out new-burner vehicle sales by 2035 is bound to fail. “How can the state electrify the fleet if it can barely keep the lights on?” went to refuse.

Discussions of this kind quickly become emotional, so it’s a good idea to step back a bit to look at how much power consumption data actually adds.

By the end of this year, there will be around 27 million plug-in passenger vehicles globally. Based on average driving distance, vehicle performance in different countries, sales by segment, split between all-electric and plug-in crossbred Among other factors, BNEF estimates that global electricity demand from these electric vehicles will be around 60 terawatt-hours this year. (first)

How should we best think about that number? One way is to compare it with global electricity demand, which will be around 28,000 TWh this year, so EVs would add about 0.2% to the total. To put it another way, the global fleet of electric passenger cars consumes a similar amount of electricity as Singapore.

The adoption of EVs in many parts of the world is still just beginning, so this comparison with today’s global generation is not entirely fair. What about in Norway, where electric cars already make up more than 20% of all cars on the road and are traveling longer distances than electric cars?

There, EVs are adding about 1.4% to total electricity demand. It’s still small, but Norway is a special case. It has a very high per capita electricity consumption because it is cold, there is a lot of heating electricity and many electrified industrial processes, so the denominator is large.

At BNEF, we expect rapid EV adoption over the next two decades, so this picture will change. Our annual EV perspective has two main scenarios: one that assumes market forces are the main driver of adoption and no new policy is implemented, and another that assumes that all countries around the world are on track to achieve net-zero CO2 emissions in 2050.

In the first case, which we call the Economic Transition Scenario, battery electric vehicles represent three-quarters of global passenger vehicle sales by 2040. In the Net Zero Scenario, they are roughly completely dominate the market by the early 2030s.

People can argue with specific sales penetration rates in those situations, and that’s fine – there’s a lot of room for healthy debates. But if we use those two points as a reference, there will be about 730 million passenger EVs by 2040 – about half of the total fleet – and an increase in global electricity demand of about 7% in the first scenario. In the Net Zero Scenario, there are over a billion EVs on the road then, an increase of about 9%.

Not all EVs are cars. More electric buses, truck and other vehicles participating in the mix increase the numbers slightly, adding between 11% and 15% to global electricity demand by 2040 under two scenarios. (2)

It would be more interesting if we broke this down to the national level. In China, while overall electricity demand is still growing rapidly, EVs of all types add about 11% more than demand by 2040 in the Economic Transition Scenario. For Europe, the figure is close to 22%, while for India, they add only a small fraction.

In some rich countries, electric vehicles are keeping electricity demand from falling, while in emerging economies they only add modestly to the expected steady increase in demand. electricity in general. Further, the electrification of most road vehicles by 2050 in the Net Zero Scenario would add approximately 27% to the global electricity demand.

One final way to think about this: In 2021, China generated 983 TWh of electricity from wind and solar, 25 times more than the global fleet of passenger EVs used. China added about 255 TWh of new wind and solar power to its energy mix by 2021, meaning its newly installed renewable generation produced six times more than The entire global fleet of passenger electric vehicles – built over many years – has been consumed.

Integrating electric vehicles into the electric system will still require careful planning, encouraging off-peak charging to reduce peak demand, and strengthening the local grid in many places. However, considering the share of global electricity demand, the contribution will be very modest in the next few years.

(1) This is probably an overestimate, because China’s urban trams are traveling less than expected and operating more efficiently. Estimates will be updated with the latest China Electricity Council data early next year.

How to pick the best Galapagos cruise (Part II) Yamaha is done with Dakar after decades of frustration How to Watch Racing This Weekend, NASCAR, IMSA, SRX, NHRA