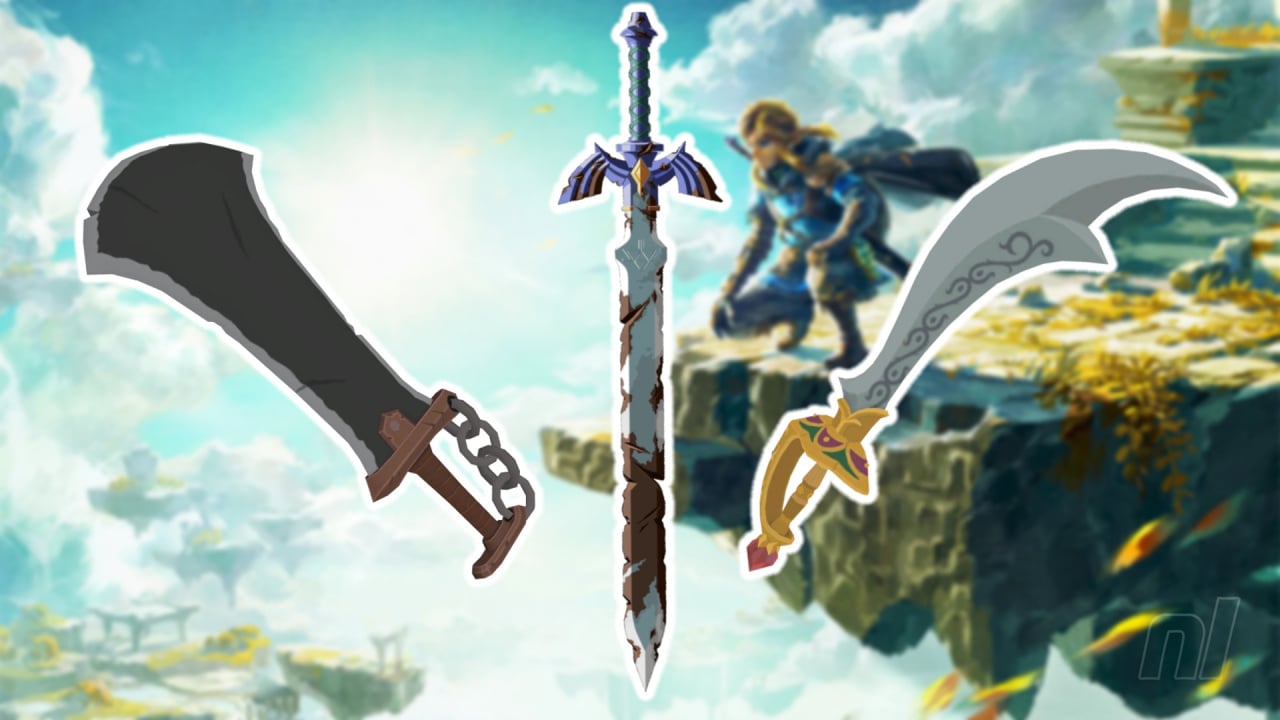 Weapon degradation is a good way to encourage experimentation in BOTW’s Hylian sandbox. I appreciate what it has contributed to your journey throughout the game, and the weapons are plentiful and varied enough to be worth trying just to see what they do, from elemental blades to wooden spoon. Not once have I been in a situation where I have nothing at hand; for me, the balance the developers strike there is amazing.

My only annoyance with the mechanic is based on the Master Sword, specifically the Level 60 max version that I get after passing all the DLC testing. I understand why, from a design perspective, it has been given a private label for durability earlier in the game and needs to be ‘recharged’ periodically. But once I proved myself, defeated the trials, and dealt Ganon the Calamity a resounding blow, my victory was lost when it was discovered that the Blade of Evil stand still out of juice.

So it would be great if the creepy Master Sword we glimpsed in TOTK – once rejuvenated and tempered and nothing else – retained its mastery forever, very Game over. Otherwise, yay degraded.

Honestly, I didn’t mind weapon durability during my playthrough, but then some time after the game came out, it became this meme. everyone bothered about it. But that didn’t really change my opinion! I think weapon durability can make for these very organic moments when your sword explodes at the worst time in a boss fight and I think those are worth it.

However… I still think it could be improved, because I’m pretty sure swords don’t actually explode, so I wouldn’t mind if the durability system was switched to more Monster Hunter deal, where you have to keep your weapons sharp and finding a sword is more rare than the swords that exist in every corner of the world.

First, I’m not satisfied with the durability of weapons in Breath of the Wild. Basically, I’m used to approaching all enemies and hitting them in all areas, and I think I can do the same here, like it or not. During the early hours of BOTW, I ran out of weapons a lot. I usually scramble for resources, fight past Hyrule using Sheikah Slate and throw rocks or branches at Moblins. Am I always efficient? No. But is it fun? Correct.

I think that’s when I realized the beauty of BOTW’s weapon system. Everything in BOTW is basically an entry. Something to be used, a resource to survive. Weapons are no exception. it doesn’t matter if my ax breaks in half or if my sword breaks in my hand – something will be waiting for me nearby. And I need to learn how to do with it.

As for Tears of the Kingdom, I’m almost 100% sure that this mechanic will return, but it will have some tweaks. Considering everything and their mom needing a crafter, I can totally see the crafting being added to TOTK disappointing me, but if Pokémon can do it, Zelda can do it better. . Build a new weapon or repair an old one? Sounds fine, doesn’t it…?

I enjoyed the weapon degradation in Breath of the Wild. What started off as an unpleasant journey with a bag full of clubs quickly became a tactical twist to the series format and something I had a great time organizing. Finding a new weapon brings me loads of joy, and although there was a lot of heartache when it broke before I had a chance to say goodbye, it made the adventure complete. than.

Of course, there are certain adjustments that I would like to see in Tears of the Kingdom. Making it so weapons last a bit longer would obviously be a bonus, but it’s also nice to see we have the ability to add some (limited) durability boost to some of our favorite weapons ours? This is a tough game and certainly requires moderation — well, I’m not the game developer — but it can make the customization feel a bit more personal.

It would also prevent idiots like me from getting into Ganon’s late stages with nothing but a fork, but that’s another matter, I suppose.

Weapon durability never really bothered me. To be honest, reaching the max number of weapons in my inventory and having to sacrifice one to make room for the Savage Lynel Sword was a lot more frustrating (though thankfully this subsided when I searched for it). see more and more Korok Seeds).

Like anything else, though, it’s a mechanism that needs a bit of a massage, though what Nintendo does with this is currently beyond my understanding. I’ve been thinking about the idea of ​​having a single-use item in the game that would grant a weapon unlimited durability, but that’s fraught with potential problems. For instance, why would you bother using anything else if you have a weapon that does decent damage and doesn’t break?

I think the best Nintendo can do with this is to simply adjust the time needed until the weapon is completely damaged; could give us a little more time with each weapon or allow us to easily repair them. I don’t want Tears of the Kingdom to introduce crafting mechanics or something equally silly, but it certainly does anything else to be discovered here.

Want to see what happens to TOTK’s weapons? Maybe they can take a tip out Hyrule Warrior: Age of Calamityhis book and expand the possibility of upgrades for personal weapons? Would you welcome more crafting mechanics? Fill out the following poll and then let us know in the comments.

Should weapons be degraded in Tears of the Kingdom? (462 votes)

What tweaks would you like to see made to TOTK’s weapon system? (417 votes)

Former US Navy SEAL killed while fighting in Ukraine