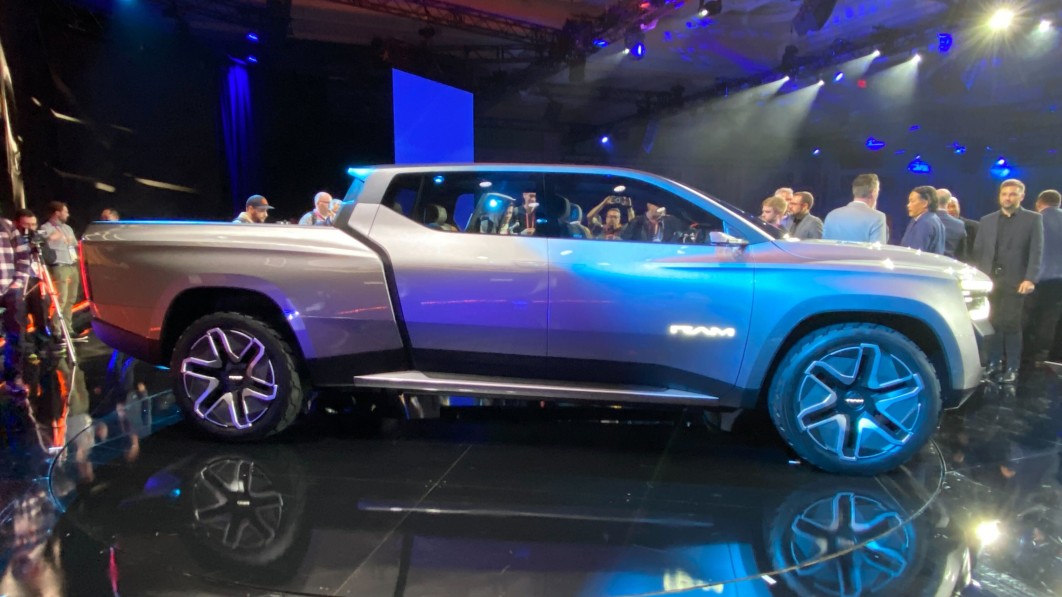 Over the past few years, it has become increasingly clear that Consumer Electronics Show Is one auto show. And this year that fact is clearer than ever. Not only have the established automakers showcased seriously important vehicles, but a traditional electronics company has brought in an automobile that embodies its concept (with the help of an automotive company). old bowl). With so many car revelations, we had to rate our favorites.

Our pick for this program is all-electric. Or at least, they are on paper, since many concepts are concepts. Considering the name of the show, it would be a bit strange if they didn’t have one. In fact, not only are there many of our favorite concepts, but they’re all saved for one. See how they shake off below.

“ID.7 sure to get lost in the crowd at CES. The fact that it’s camouflaged certainly doesn’t help, even if that camouflage is luminescent (BMW got past it for a long time with the color-changing Dee). However, this is a near-production hatchback version of the sedan, unlike today’s Arteon, with a longer wheelbase thanks to its EV architecture. It should be a solid answer to Tesla Model 3 and the Hyundai Ioniq 6, and even if people clearly prefer SUVs now, VW says there’s still a market for sedans. I know I’d probably prefer one.” –Senior Editor, West Coast and Reviews, James Riswick

“Show launches don’t often surprise us. While Peugeot teased Inception ahead of CES, Its launch seems almost random. But just look at this; it’s like an electric french Mustang with somewhere important to be. I don’t believe in the stupid ‘It’s not a wheel!’ what Peugeot CEO Linda Jackson has described as providing a video game-like driving experience, but leaving that bit of silliness aside, this is a design study that really promises. Please give us more of these boxes and less of the taller boxes.” –Deputy Editor Byron Hurd

“Since Sony presents an impressive combination car model at CES a few years ago, I predicted the company’s next move. Clear, The next move is “Afeela.” No, I don’t like that name. Still, the specs from Sony’s original concept car give me hope that this prototype sportback (it’s a hatchback!) will be fun to drive. Assuming good things — double wishbone front suspension, rear multi-link independent suspension, dual-motor AWD, 0-60 mph time under 5 seconds, and fat tires — put into production, I think the world will be quite pleased with that Sony is breaking into the car business.” –Road test editor Zac Palmer

“Just looking at BMW’s current lineup is enough to see that the German automaker isn’t afraid to risk one or two. Or dozens of styles. Anyway, just make sure not to look in. i7 directly in the face, or you can turn to stone. So it’s interesting to see some legal limitations in this latest portable idea. You could argue that it’s boring, that its shape can fit any sales floor, and you’re right. But when a concept is launching an e-ink light show to compete with the Griswolds at the end of December, flashing Colorful panels on a static canvas are not a bad thing. I really hope we see at least some of this gradation technology turn it into actual production vehicles — though I do hope in much smaller doses than it showed at CES — along with some metal plates that reduce this tone.” –Senior Editor, Consumer, Jeremy Korzeniewski

“Beat it’s not the first, but dare we say, it could turn out to be the best of all electric truck. It will definitely be worth the wait. Concept of the Ram . Revolution offers a wealth of content – ​​promising great power and scope – backed by many exciting features. Ram took time, but this impressive, innovative concept heralds a strong electric future for the brand’s signature truck.” —Editor-in-Chief Greg Migliore

Andrea Constand's The Case Against Cosby is a study of trauma, healing and finding justice