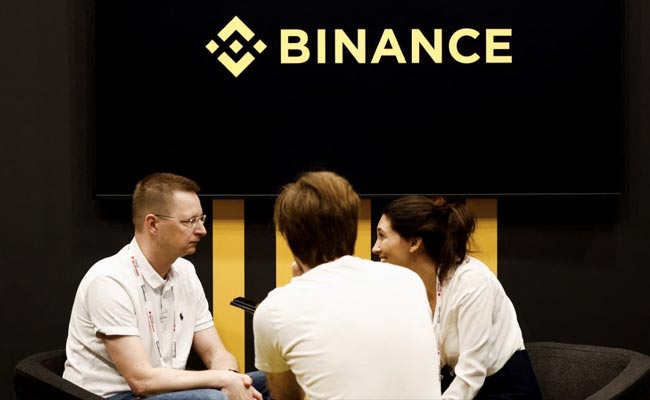 Binance CEO Changpeng Zhao said in a tweet that the tokens were stolen from a blockchain “bridge” used in the BNB Chain, known as the Binance Smart Chain, until February. A blockchain bridge is a tool used to transfer cryptocurrencies between different applications.

Zhao said the hackers stole about $100 million in cryptocurrency. BNB Chain then said in a blog post that a total of 2 million BNB — worth about $570 million — had been withdrawn by the hacker.

A spokesperson for Binance said in emailed comments that “the majority” of BNB remains in the hackers’ digital wallet addresses, while approximately $100 million worth of “has not been recovered.”

Blockchain bridges are increasingly becoming the target of thefts, which have long plagued the crypto sector.

The BNB chain that powers the BNB cryptocurrency, formerly known as Binance Coin, is the world’s fifth-largest token with a market value of around $46 billion, according to CoinGecko data.

Cryptocurrency analytics firm Chainalysis said in August that approximately $2 billion worth of cryptocurrencies were stolen in 13 different bridge hacks, mostly this year.

In March, hackers stole approximately $615 million from Ronin Bridge, which was used to move cryptocurrency in and out of the Axie Infinity game, in one of the largest crypto thefts on record. The US has linked North Korean hackers to the theft.

BNB Chain suspended its blockchain for several hours before resuming operations around 06:30 GMT, it said in a tweet.

It said in its blog post that BNB Chain was “able to prevent the problem from spreading” by contacting the blockchain’s “validators” – entities or individuals that verify blockchain transactions. BNB Chain says there are 44 validators across several different time zones, without giving further details.

BNB Chain says it will introduce a new “governance mechanism” to combat future hacks, as well as expand the number of validators.

On the Binance website, BNB Chain is described as a “community-based, open-source, and decentralized ecosystem”. China’s domestic tourism is on track to recover from the pandemic: Fitch Ratings