Via Adam Baskin: Amir Khan will give Gervonta ‘Tank’ Davis the edge over Ryan Garcia if the two meet in a big battle this December.

Khan feels that Tank’s punching prowess (27-0.25 KOs) makes him a formidable foe for 23-year-old Ryan Garcia, who has yet to face anyone as good as he is.

According to Khan, Ryan’s best hope for defeating the Tank would be to keep it at long range and not allow him to set foot for full power in his shots. Given the 27-year-old Davis’ boxing prowess and prowess, he might be able to reach Ryan at some point and knock him down.

Most boxing fans will agree that Golden Boy Promoted Ryan could use a few more years of experience under his belt for a better chance of beating Tank Davis.

Given the rush of Ryan facing Tank, he won’t get that experience. Ryan wants that fight now, and he’ll have to hope for the best.

“A fight between Ryan Garcia and Tank. It was a good fight,” said Amir Khan social media when asked about the duel between Gervonta ‘The Tank’ Davis and Ryan Garcia.

“The tank is a monster. He’s got a great name, Tank, because he’s a tank, to be honest with you. Whoever they put in front of him, he not only beat them, he destroyed them.

“If Ryan Garcia and Tank were to fight, I would pick Tank. I like Ryan Garcia. Unless Ryan holds it long and cans him, keep it at range, hit and move, and don’t let the Tank deal with it.

“When Tank settles in, then he gets those powerful shots. You don’t want him to do that. You want to keep it moving.

“You think so? ‘Tank vs. Ryan Garcia breaks pay-per-view record.’ I can’t see that happening I’m sorry I don’t agree with you there because Ryan is a big guy in the boxing world, yes, but it’s not like the Mayweather-Pacquiao fight.

“So I can’t see that really breaking big records. Khan talks about the battle between Tank and Ryan. 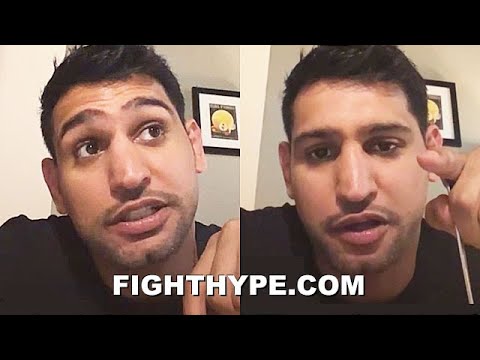 Ukraine: More than 14,000 casualties to date but ‘actual numbers are likely considerably higher' | Glenn Maxwell is touched by the gesture of the Colombo crowd during the 5th ODI vs Sri Lanka: Australia is the enemy in general