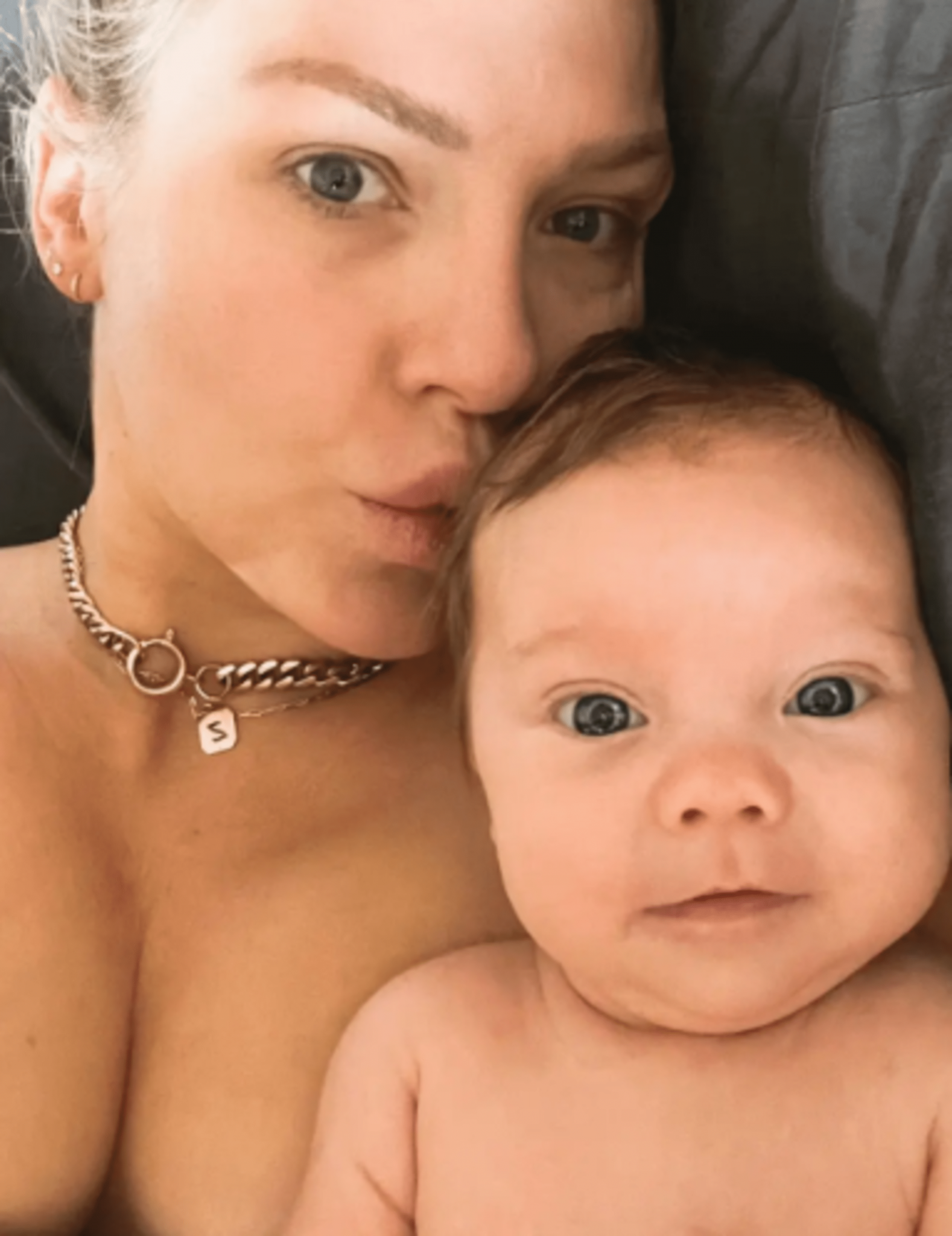 After just three months of motherhood, Sharna Burgess is experiencing a love beyond anything I’ve ever known. The ballerina, now 37, celebrated her time with son Zane by posting a touching clip on Instagram on Thursday.

The professional dancer of Dancing With the Stars, who is not on the ABC show’s current season, captioned the photo on social media with the phrase “your 3 months.”

After three months “seeing you grow”, “in awe of you” and “experience a love like I’ve never experienced”, Burgess continued to write about his experiences. Being a mother is, without a doubt, the best thing I’ve ever done, and I’m incredibly grateful for every aspect of it.

She talks about recollections of magic, love, fear, sleepless nights, and everything else associated with it. I can’t believe how lucky I am to be a mother.

In the video, Burgess spends many tender moments with her newborn son, including breastfeeding, pumping, rocking him to sleep and crying while he’s asleep.

Peta Murgatroyd, another ABC celebrity, gave her thoughts on the video, describing it as “complete happiness”. Burgess fans have been blown away by how much the kid resembles his dad, Brian Austin Green, and they can’t stop talking about it.

One Instagram user commented, “He’s Brian’s twin,” while another added, “Looks like his dad.” In June, Burgess and Green, both 49, became parents to their first child, Green’s sixth child overall. In addition, Green is the father of 9-year-old Noah; Bodhi, 8 years old; and Journey, 6, all of which he shares with Megan Fox. Green is also the father of 20-year-old Kassius, whom he shares with Vanessa Marcil.

In a July interview, Burgess described Fox and Zane’s exposure as “great” and “great to watch.” Since the baby was born, Fox has had the opportunity to meet Zane.

Jhulan Goswami: The highest wicket winner in women's ODI history is about to retire