Doug Ford wins another majority government in Ontario, Governor Mary Simon talks about meeting the Queen for the Queen’s Platinum Year, and the Oilers are knocked out by Avalanche in Game 2 of the Conference finals Western NHL. Here’s what you need to know today.

1. Back in charge: Doug Ford has been re-elected prime minister of Ontario with a Progressive Conservative majority government, CTV News claims.

2. 100 days of war: Without end, here are some numbers and statistics that shed light on the grim and tragic fate of Russia’s invasion of Ukraine.

4. ‘It’s not fair’: CERB recipients now paying the government to share their stories with CTVNews.ca

5. Boiler closed: Nazem Kadri scored three goals in the span of two minutes and Pavel Francouz made 24 saves as the Colorado Avalanche vacated Edmonton Oilers in the 2nd Half of the NHL Western Conference Finals.

Travel restrictions: With border COVID-19 restrictions set to remain in place for at least another month, here are the current rules for ArriveCan missions, COVID testing and vaccines. 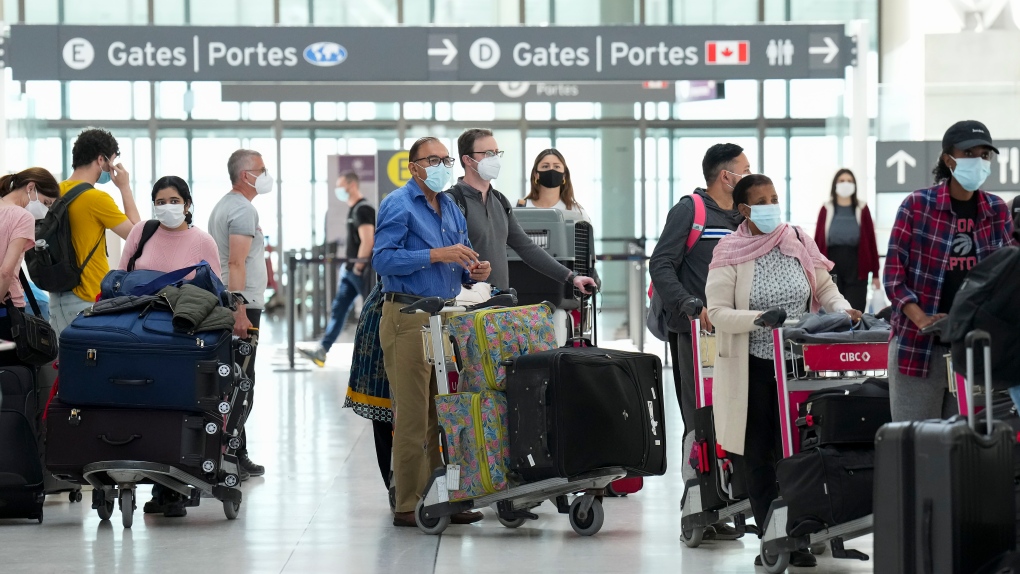 FILE – People wait in line to check in at Pearson International Airport in Toronto on Thursday, May 12, 2022. CANADI PRESS / Nathan Denette

Snowflake could grow 33% as it gains more share in the cloud market, says Raymond James

Giovonnie Samuels Steps Into the Shade Room & Talks About Lessons Learned Earlier in Her Career, Working With Past Co-Stars & Upcoming Projects Margaret Atwood on National Myths and the Origins of Totalitarianism How TikTok forces singers to look for viral moments